On the coasts of Ecuador more than 900 kilometers away is the Galapagos Archipelago, whose official name is Archipelago de Colón, a natural paradise whose history is as fascinating as its nature, its fauna and its vegetation. Thirteen large islands, six islands that measure between one and ten square kilometers and another 215 small islets make up the famous archipelago known for its beauty and for being the site where Charles Darwin tested his theory of evolution by natural selection. These islands were declared by UNESCO as a World Heritage Site in 1978.

The Galapagos Archipelago, also known as the last resting place of Solitario George, the last giant sea turtle of the Galapagos species, which became extinct in 2012; It has an important collection of endemic fauna such as land and marine iguanas, sea lions, penguins, gray heron, mockingbirds, cormorants, among others. 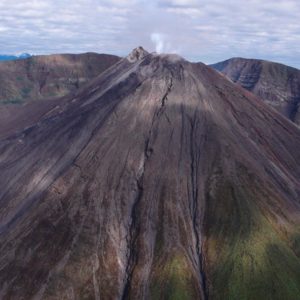 The Galapagos Islands were discovered by the Spanish in 1535 and later used as a stopover by the English pirates during their voyages to attack the Spanish galleons carrying gold and silver towards Spain. The islands were annexed to the territory of Ecuador in 1832, baptizing them as the Archipelago of Colón. It was on the Beagle trip that researchers Robert Fitz Roy and Charles Darwin arrived, who became interested in the flora and fauna of the sector, unique in the world. In 1979 they were declared a World Heritage Site by UNESCO. Currently they are considered a heritage in danger, due to the risk of conservation of their species. 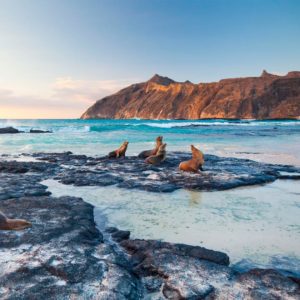 San Cristóbal Island is located in the eastern part of the Galapagos Archipelago. Its name is due to the patron saint of sailors; however, it is also known as Chatham. In its 55,800 hectares, the island is enriched with an incomparable flora, fauna, blue shell beaches and enchanting landscapes. 85% of its territory is part of the Galapagos National Park, in which species such as giant tortoises, frigates, blue-footed boobies, iguanas, sea lions, tropical birds, among the most outstanding, inhabit. In San Cristóbal the El Junco lagoon is located, the only freshwater lagoon in the area. In addition, on their lands are the ruins of what was the Hacienda “El Progreso”, a sugar mill that for 25 years was the economic engine of the island. On this island you can enjoy Underwater Adventures, the beauty of the entire South Pacific is concentrated in its colorful marine fauna. You can coexist with nature , you will be surrounded by an immense and rich flora and fauna, sea lions, iguanas, dolphins and seagulls, as well as rays, sharks and lobsters. There is also a breeding station and refuge for the Galapagos Tortoises. 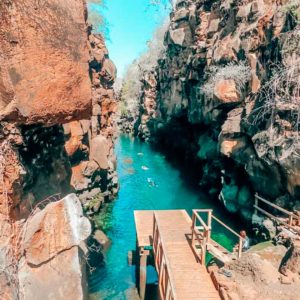 It is the second largest island in the archipelago, after Isla Isabela. On this island you will find the Charles Darwin Research Station and the offices of the Galapagos National Park. In its area of 982 km2 there are two huge cavities known as “Los Gemelos” that constitute a paradisiacal natural tourist attraction. 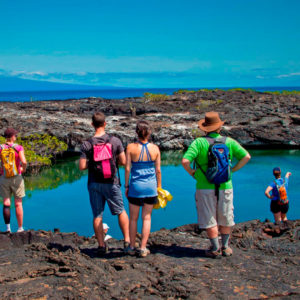 It is the largest in the archipelago, corresponding to 60% of its total size. In it is the Wolf volcano, the highest point of the islands, with 1707 meters of altitude. One of its peculiarities is that it is crossed by the Ecuador line.

Here you can find species such as penguins, multicolored crabs, seals, iguanas and turtles; as well as Galapagos hawks and other species.

In its 4,588 km2 there are 5 active volcanoes, 6 large craters and thousands of scattered cones, which is why it is known as the island of volcanoes. The wide shape of the island is due to the fusion that exists of all its volcanoes in a single mass.

Here is the city of Puerto Villamil and among its attractions we find the Wall of Tears, a wall built by prisoners who lived in the prison of these islands, and the Flamingo lagoon, to the south of the territory. 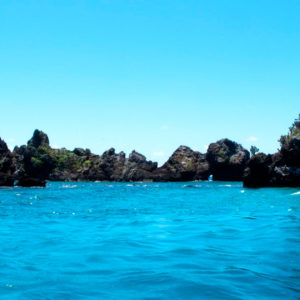 Floreana Island is the sixth largest island in the Archipelago by extension. It has an area of 173 km² and a maximum altitude of 640 meters. Here you can practice kayaking and diving; In addition, you will be able to observe along the rocks the wolfhound and the nesting sites of pelicans, gulls, herons and blue-footed boobies. On this island you can enjoy underwater adventures, the beauty of the entire South Pacific is concentrated in its colorful marine fauna. You will be able to coexist with nature, you will be surrounded by an immense and rich flora and fauna, sea lions, iguanas, dolphins and seagulls, as well as rays, sharks and lobsters. 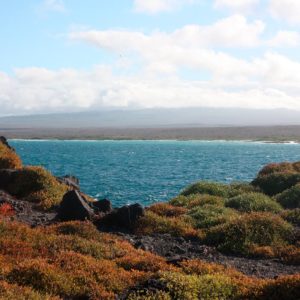 The best time to travel to the Galapagos

Ecuador’s topographic diversity makes it a bit difficult to predict climate changes and define the best time of year to travel to the Galapagos Islands. The temperature of ocean currents determine climate changes, which creates microclimates even in neighboring areas belonging to the same region. The sea temperature varies significantly between 7 and 28 degrees Celsius throughout the year. January to June are the hottest and rainiest months of the year. During these months there is more abundance of plants and aquatic life, an excellent season for snorkeling and diving. From June to December the oceanic temperature drops considerably and climate change changes to cold, cloudy and dry. These are the two climatic seasons that are present in the Galapagos Islands: Hot Season and Dry Season. Any month of the year is good to visit the islands, however, the transitional months ( April to June – November to January ) are ideal for achieving balanced climates and an abundance of flora and fauna. 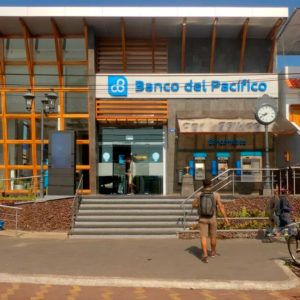